Back to A1, to allow sale

Mayor Jim Bates will ask the Legislative Body for support to rezone the 23-acre site on highway 100 near North Tidwell Road back to A1 status in preparation for sale. Based on interviews last Thursday, the mayor also said he will recommend a new Emergency Management director to the 14-member panel, which meets at 7 p.m. on Monday, January 23. […]

Old resort at Primm Springs is down to its last building

The owners of the property that includes the Primm Springs Historic District say that all remaining buildings of the 160-year-old resort have deteriorated to the point of collapse and must be removed. “The hotel will have to come down,” said Michael Wood. “It’s falling down.” Wood and his wife Jodie plan to build their retirement home on the property, and […]

District 69 Rep. Jody Barrett (R-Dickson) has been appointed to two Tennessee House committees. The newly elected representative is serving on the Finance, Ways and Means Committee, and on its Appropriations Subcommittee. Barrett, an attorney, also is serving on the House Commerce Committee, and on its Budget/consumer Affairs subcommittee. His Nashville office is in Suite 550 of the Cordell Hull […]

District 23 State Sen. Kerry Roberts has been reappointed as chair of the Tennessee Senate Government Operations Committee, and also serves on the Judiciary Committee. Roberts, a Republican, who lives in Springfield, is starting his third 4-year term. The 23rd District — until this year, it was the 25th — represents Hickman, Dickson, Humphreys, Cheatham and Robertson counties. Redistricting has […]

The Hickman County Sheriff’s Department reported the following matters in recent days, according to reports held by the department and documents filed in Hickman County General Sessions Court: — On January 14, Chester R. Malone Jr., 47, of Lyles, was arrested and charged with criminal impersonation. According to Deputy Bo Kirkup’s affidavit, he conducted a traffic stop at Lyles Road […] 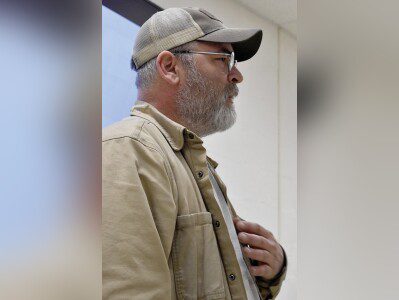 Waylon Dunn was the only citizen to speak to the Board of Education last Monday night, and he said he would need more than the three minutes that board chair Tim Hobbs allotted. “I couldn’t tell you everything in three days,” said Dunn, who ended up speaking for about six. “I just went through one of the hardest periods of […]

An on-line public survey is available for the next two weeks from Wayne Qualls, the consultant who is leading the search process for the next Hickman County Schools Director. The survey asks three questions; participation is anonymous. Visit forms.gle/h8UfCp2b26uehyaF8 to be guided to the survey. Qualls said it will be open from January 16 through 31. Responses will be collected […] 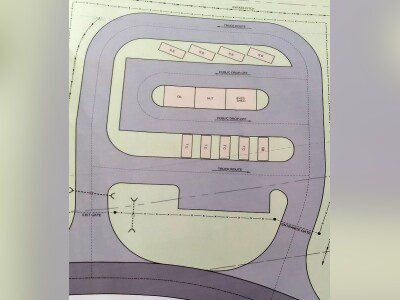 Solid Waste’s $90 fee isn’t quite getting it

Alternatives to a hike discussed

Since 1995, the county has charged an annual $90 solid waste fee to all residential properties, though that charge now is not collecting enough money to operate the department. That led to a discussion of where additional funds will come from, including a raise in the solid waste fee or the imposition of charges for services now covered by that […]

By BRADLEY A. MARTIN

The Board of Education voted 5-2 to freeze hiring and firing that involves the system’s top employees “until the new director starts,” as board member Vance Willis proposed it, last Monday night. “I want to lock in who our team is,” he said. The new director, to be hired in the coming months, will begin work on July 1, the […]

Bids on new center in the works

More than four years after the site was approved, the county government is moving toward a bid process that will lead to a new East Hickman Convenience Center. On January 6, Mayor Jim Bates directed Solid Waste Director Marty Turbeville to seek bid specifications for the new center, to be created on the northeast corner of the East Hickman Industrial […]