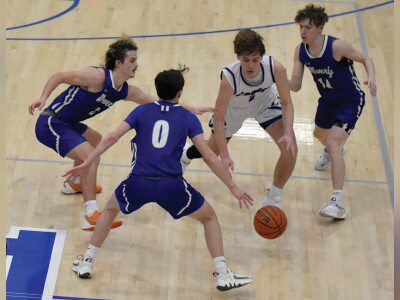 Eagles 2ndH rally not quite enough

Down by 15 at the half, the Eagles maintained a steady flight path, rallying to take a late lead before losing 57-53 to Waverly last Tuesday at home. The outing produced another near-successful finish for coach Greg Matney’s boys, who stretched their regularly strong fourth period play over the entire second half. “I’m so proud of my guys for battling […]

The Bulldogs followed a slow start with a strong comeback, but host Camden was not to be denied, taking a 52-39 victory last Tuesday night. Coach Chris Dawson said HCHS fell behind 22-4 early in the second period before rallying to close within 29-16 at the half. That despite foul trouble for Tyler Stacks, who had three in the second […]

On January 12, the Tennessee Fish and Wildlife Commission declined to take further action to regulate trotlines, an unmanned method of fishing that some recreation groups say poses a danger to kayakers, canoers and swimmers. A coalition of groups led by the American Canoe Association has been pressing the commission to impose more rules on trotline fishing. It’s a style […] 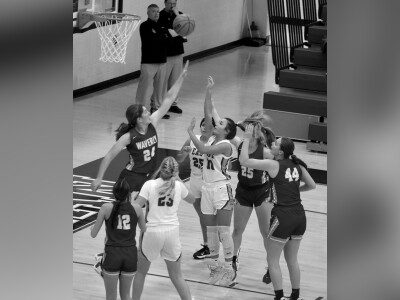 Foul trouble kept the Lady Eagles from pulling away from Waverly in the opening half, though defense and some offensive balance allowed a 57-30 victory. EHHS improved to 2-0 in District 11AA as the girls headed to Stewart County last Thursday — a make-up game — and then HCHS on Friday. They head to Camden on Tuesday and return home […]

The Lady Eagles actually won their 20th game on the night of their final home appearance, a 51-18 victory over Battle Creek on January 11. Though East Hickman Middle led 10-9 at the quarter, Kelsea Capps scored 8 points in the second to ignite a rally that produced a 32-15 halftime lead. In the second half, Battle Creek scored 3 […]

Success without the ball made the difference for the Lady Bulldogs, who took a 34-31 victory at Camden last Tuesday night. “Our defensive grit and effort that game was the key,” said coach Gavin Gordon. “We didn’t shoot the ball great that game, but we didn’t allow that to dictate the outcome.” HCHS built an 18-16 lead at the half […] 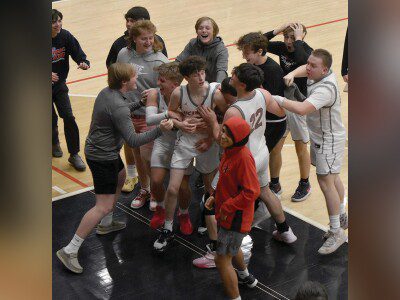 Freshman Brody Worley’s shot in the very final seconds of a triple overtime game gave the Bulldogs a 67-66 District 11AA victory over Waverly last Tuesday night in Centerville. That’s right, triple overtime, in a game that was tight from the start and reached the first overtime only because of a 35-foot, 3-pointer at the end of regulation by Waverly’s […] 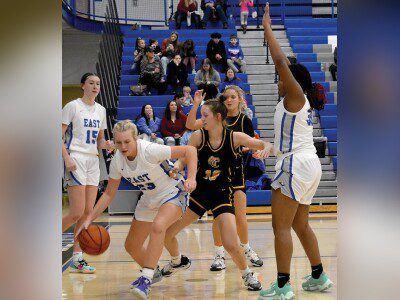 On the first Friday in January, the Lady Eagles were ready to begin the District 11AA season, jumping to a 13-0 lead against Camden on the way to a 46-22 victory. “We came out and actually defended them pretty well,” said coach Aaron Taylor, whose girls won their 10th game of the season against eight losses. A 50-47 triumph over […] 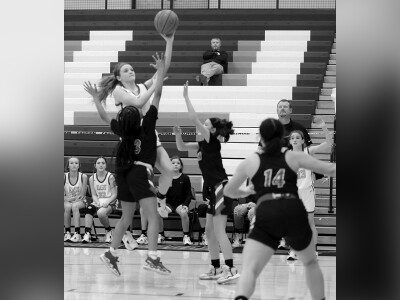 A last-second shot capped a fourth-quarter comeback and gave the East Hickman Middle School Lady Eagles a 32-29 triumph over Fairview on January 5. Kelsea Capps hit the game-winner as EHMS (19-2) outscored the visitors 14-8 in the final period. Capps also had 10 rebounds. Fairview led 15-10 at halftime and maintained a 21-16 advantage after three periods. Capps scored […]