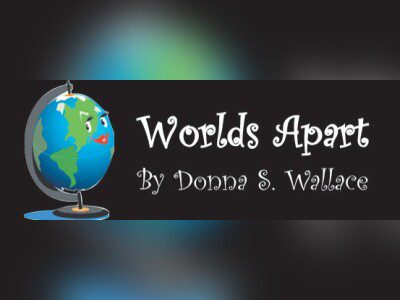 I find myself still recovering from my staycation. Every bone in my body aches, my entire spine feels like it’s on fire and my old, dried-up muscles are in a competition to see which one can cramp me to death. Recent rainfall just adds to the party. It occurs to me that we are now entering a dangerous and physically […] 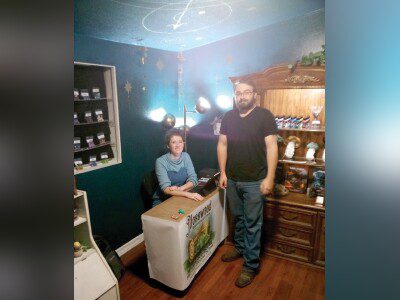 Mosswood Bookstore will offer games, too

For as long as he has lived, Hickman County Realtor Jimmy Anderson has harbored a love for books. In fact, Jimmy is a writer. “It’s called ‘Sink or Swim,’ which is of ‘The Rose Chronicles’ and it’s for young adults,” he says. “I wrote it for young men mainly because I remember in high school there were a lot of […]

Tennessee Atty Gen. Jonathan Skrmetti announced last week that he has reached a settlement with Walmart to resolve allegations that the company contributed to the opioid addiction crisis by failing to appropriately oversee the dispensing of opioids at its stores. The settlement will provide more than $3 billion nationally and will require significant improvements in how Walmart’s pharmacies handle opioids. […]

Tennessee Atty. Gen. Jonathan Skrmetti announced last week that the state is one of 39 that has reached a $391.5-million multistate settlement with Google over its location tracking practices relating to Google Account settings. Tennessee will receive $14,560,086.13 from the settlement. Funds will be used by Skrmetti’s office to continue efforts to protect consumers from harms like Google’s misuse of […] 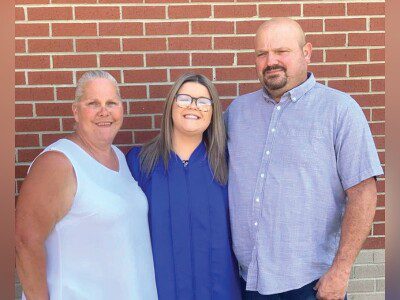 A benefit ragball tournament and fundraiser for Becky and Darrell Beard will be held on Saturday, November 19, at McCord Sportsplex in Lyles. Darrell, a Sheriff’s Department sergeant for 11 years, has had both legs amputated for medical reasons. Without insurance, the couple cannot afford the prosthetics that will allow him to walk. Becky, who is a Potts, coached softball […] 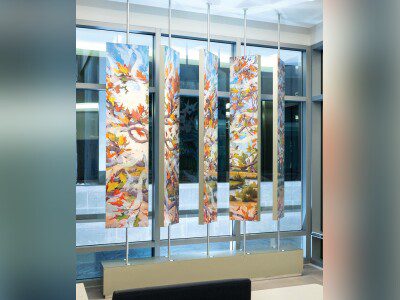 Ascension Saint Thomas Health’s new Surgery and Critical Care Tower and Spine Institute features a set of commissioned art projects that includes mobile paintings by a Centerville based artist. Rachael McCampbell’s work depicts scenes from each of the four seasons, each built into a mobile that rotates in the lobby area. The art took nearly two years to complete. McCampbell […]

The communitywide Christmas Day Meal returns this year, though it will be held on Christmas Eve and will be a drive through event, its leader Nancy Dansby reported after the volunteer committee’s first meeting on November 3. The main need will be for volunteers to make food and help with kitchen duties. “We need people to purchase a turkey, cook […]

RSV is showing up early

Hospitals have seen an earlier-than-usual uptick in cases of respiratory syncytial virus (RSV) in recent weeks, Maury Regional Medical Center reports. RSV is a highly contagious respiratory virus that typically causes mild, cold-like symptoms in adults. Its effects on infants and elderly adults can be life-threatening due to difficulty breathing and the possibility of developing lung infections like bronchiolitis and […] 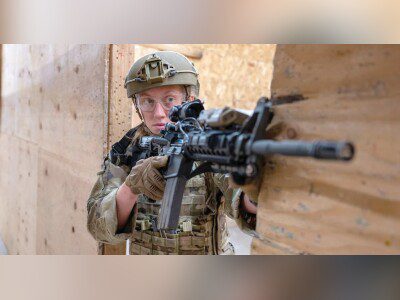 F.E. WARREN AIR FORCE BASE, Wyo. — This base is assigned one of the highest priority missions in the Department of Defense: to defend America with the world’s premier combat-ready ICBM force. It requires top-notch airmen and defenders to be in the field every day, providing air and ground support and security. Staff Sgt. Kristen Witherspoon, a member of the […]

As covid dissipates, flu could be severe

After nearly three years of restrictions related to the covid-19 pandemic stifled flu cases across the nation, University of Tennessee Extension health experts are warning Tennesseans that this year may be different. “Flu season is expected to be more severe this year as we are already seeing cases of other respiratory viruses on the rise,” says Soghra Jarvandi, a UT […]